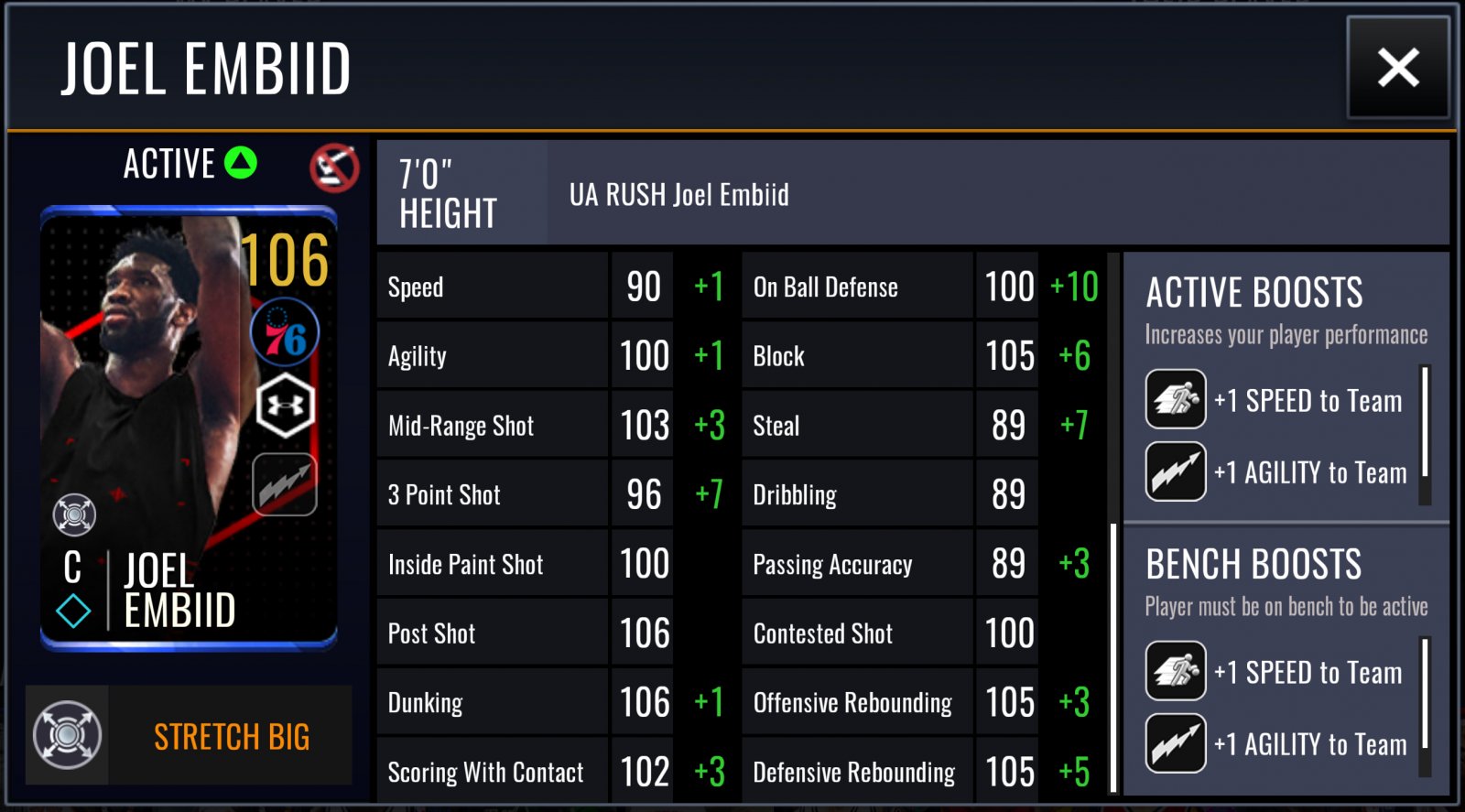 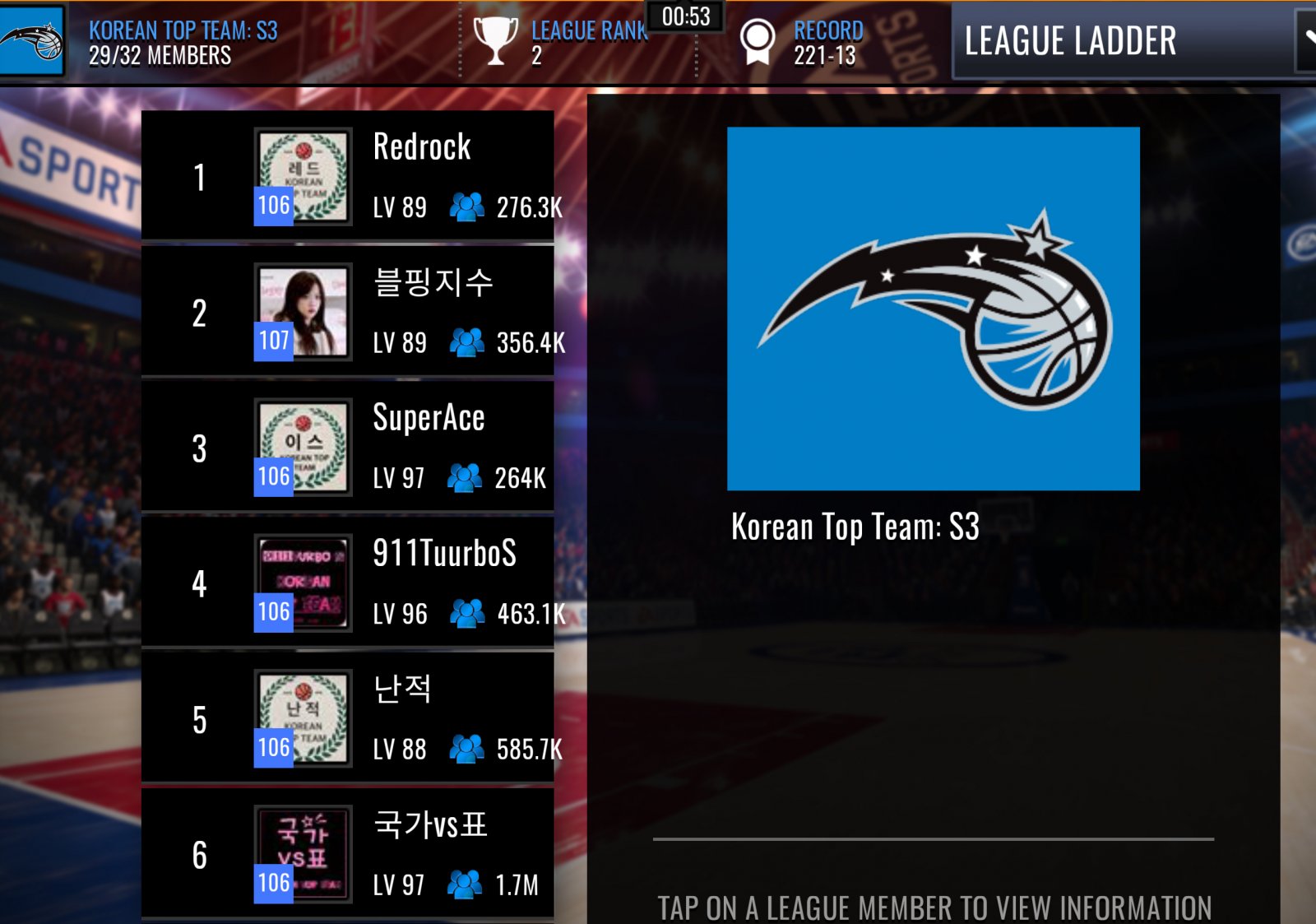 I have all those cards. Damned if I know how he did it. I don’t think it would be the optimal lineup tho. I can get Siakam to 107 and Embiid to 108 but both only in the Kerr lineup and with 101(boosted to 103) DWade on bench with his +4 block to team.

One more 105 Finals Hero and it shouldn’t be hard. I’m scratching my head how he pulled it off. Some kinda voodoo if you ask me. lol

Now that we figured it out, can you please delete all our off topic replies on this thread? hehe
Cheers

Court should give +5 def rebounding and jerseys +4 3pt and +3 block.
With that and all the mentioned players everyone should reach 107. Right?

Altavilla said:
Court should give +5 def rebounding and jerseys +4 3pt and +3 block.
With that and all the mentioned players everyone should reach 107. Right?

Any reviews on him

Ask Alta...he had him for a hot minute and sold him before 107 was even a thought!

You cant hit 107 with Donovan. Nash is needed for the coach boost to boost Embiid to 108

betaman411 said:
Ask Alta...he had him for a hot minute and sold him before 107 was even a thought!

Good point on Donovan A Anatdoc
Had him for too little (1 day?) but he didn’t suck so I’d be willing to get him again. Not in a hurry to replace Kemba, who I’m liking to play with atm. But if it gets to 107 I’ll get him.
First, let’s see if some Klays show up at the AH and for how much. At under 2,5M I’ll probably get him. Over that I should stick to BB Beal for now and wait for the Wade I’m grinding now.

I’ve figured it out definitively. (If I’m late...oops).

The card I was missing was (is) 105 DWade. The part that was confusing me was the +8 On Ball for Kawhi when it should have been +10. I had assumed he made it somehow without maxing out coach boost which made no sense. Then I looked at your pic of Embiid and realized it was just a glitch with Kawhi giving less than the +3 On Ball to himself. Rest of team has +10. It’s the only combo to give those boosts numbers.
Last edited: Jun 5, 2019