Staff member
Community Chief
Here's my legacy lineup based on my favorite pro and college teams, my favorite/home state, and some trophies for my hard work this season with some wildcards in there too 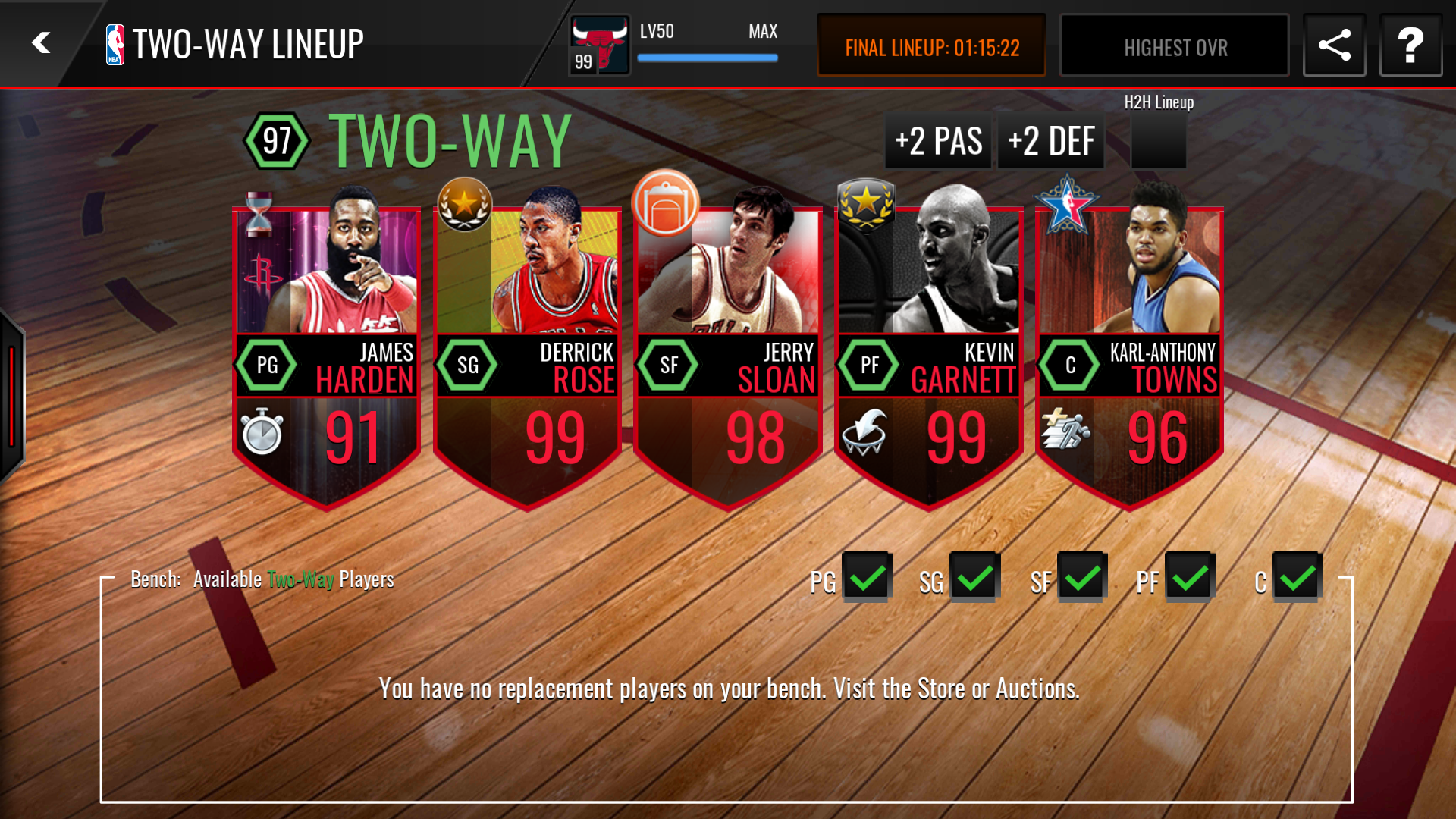 Why I chose these players:

PG: 91 Harden - (Trophy) I had to get a new TO Harden because it was the 1st promo master I ever got since I missed out on Global Melo because I didn't like grinding the AH back then
SG: 99 Rose - (Chicago and Bulls) my favorite player in the league (2nd of all time) and it's a Chicago legend card which perfectly represents him
SF: 98 Sloan - (Bulls and state of Illinois) I had to get a Clipboard Commander because they look great and are the only cards for those players and Sloan is a great legend that actually turned into a legendary coach unlike all the other Clipboard Commanders (except Jackson)
PF: 99 KG - (Chicago) he isn't from Chicago but he played HS ball there and...
Please login to view full content. Log in or register now.
S

your legacy and current both lineups are good

SAVAGE21_NBA said:
your legacy and current both lineups are good
Click to expand...

SAVAGE21_NBA said:
your legacy and current both lineups are good
Click to expand...