Any clue when to expect the next release of the SD masters?
100 overall cards are not that attractive these days?
A

Anatdoc said:
It was rumored that 105s would be released at the end of the month (along with elevates)
Click to expand...

I don't think so, they goin slow with the ovr curve

thanks guys!
So Should I get another 100 master or keep the tokens for the coming upgrades?
hard to decide...
A

103 ovr is probably going to be the next update. Probably sometime during May.

bigballer607 said:
103 ovr is probably going to be the next update. Probably sometime during May.
Click to expand...

so worth waiting then. thanks!
T

Yeah I saw Brian’s response there as well, I just hope don’t wait too long cause those showdown masters are insane to play against especially Fox.

PS
Hey TomH thanks for letting Bobby Buckets play with your account there I get to see a bunch of rare players gameplay. Cheers

T TomH that's your account? Dude you have everybody lol. So many options to create lineups with
T

I’ve been found out! Oh well. Just finished some SD play with this Crazy Lineup. Hard to tell which KD is Iwhich. lol 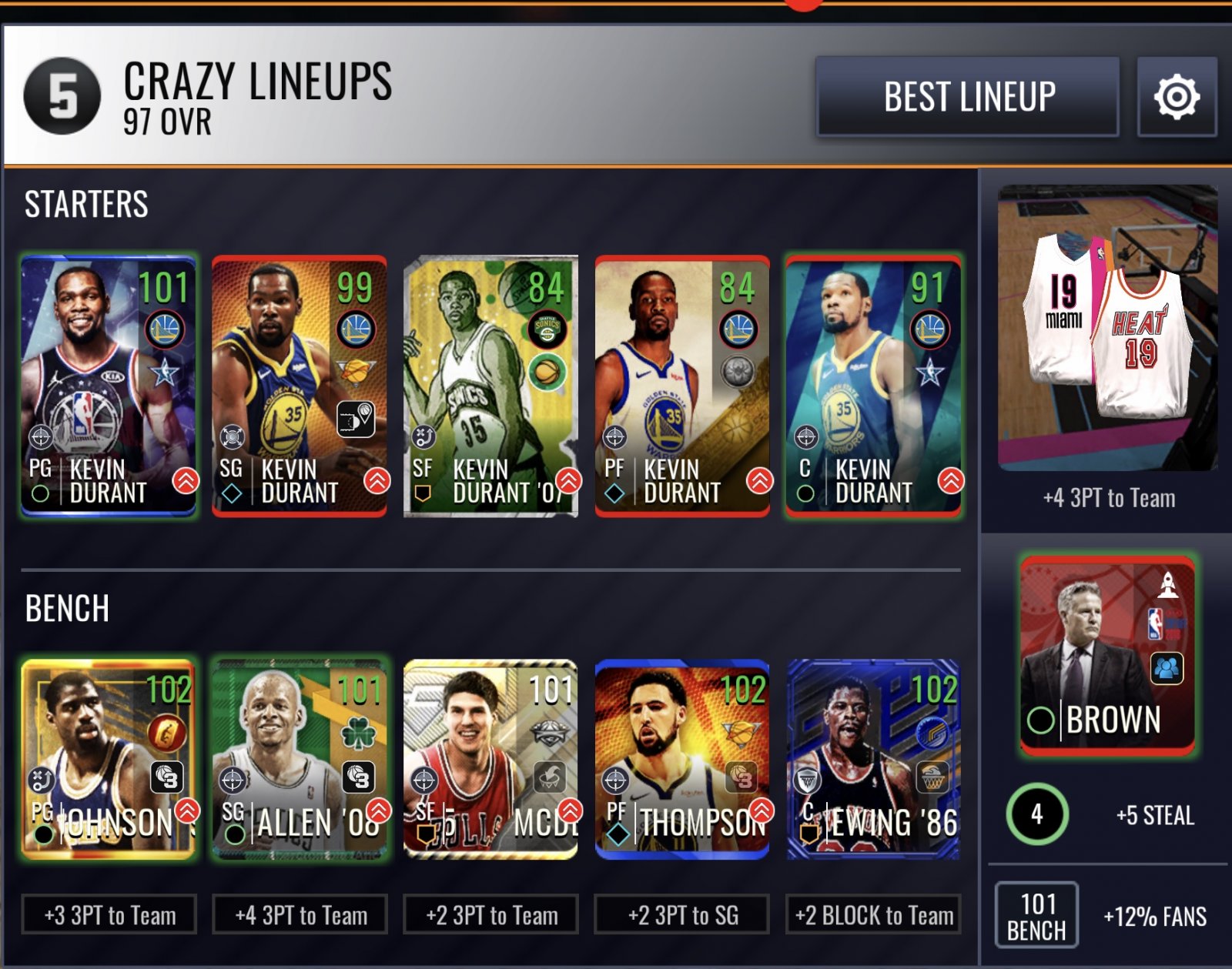 TomH said:
I’ve been found out! Oh well. Just finished some SD play with this Crazy Lineup. Hard to tell which KD is Iwhich. lol View attachment 881
Click to expand...

So you are the ‘Super Durant Fan’ mentioned in another thread? Haha...crazy lineup indeed, nice.
D

cire2245 said:
So you are the ‘Super Durant Fan’ mentioned in another thread? Haha...crazy lineup indeed, nice.
Click to expand...

Nah not me. I just got a wild hair last night. lol

any news on the next showdown masters release?
Already got 148 pennants
T

EA Brian said the next update would be around the time 104 cards were released. I also heard May. So we are about there. It would be nice if their bench boosts went to team rather than just position. But I don’t see that happening and it really limits their usefulness. I’m not looking forward to defending a 104 AI Fox - it’s already like trying to herd cats.