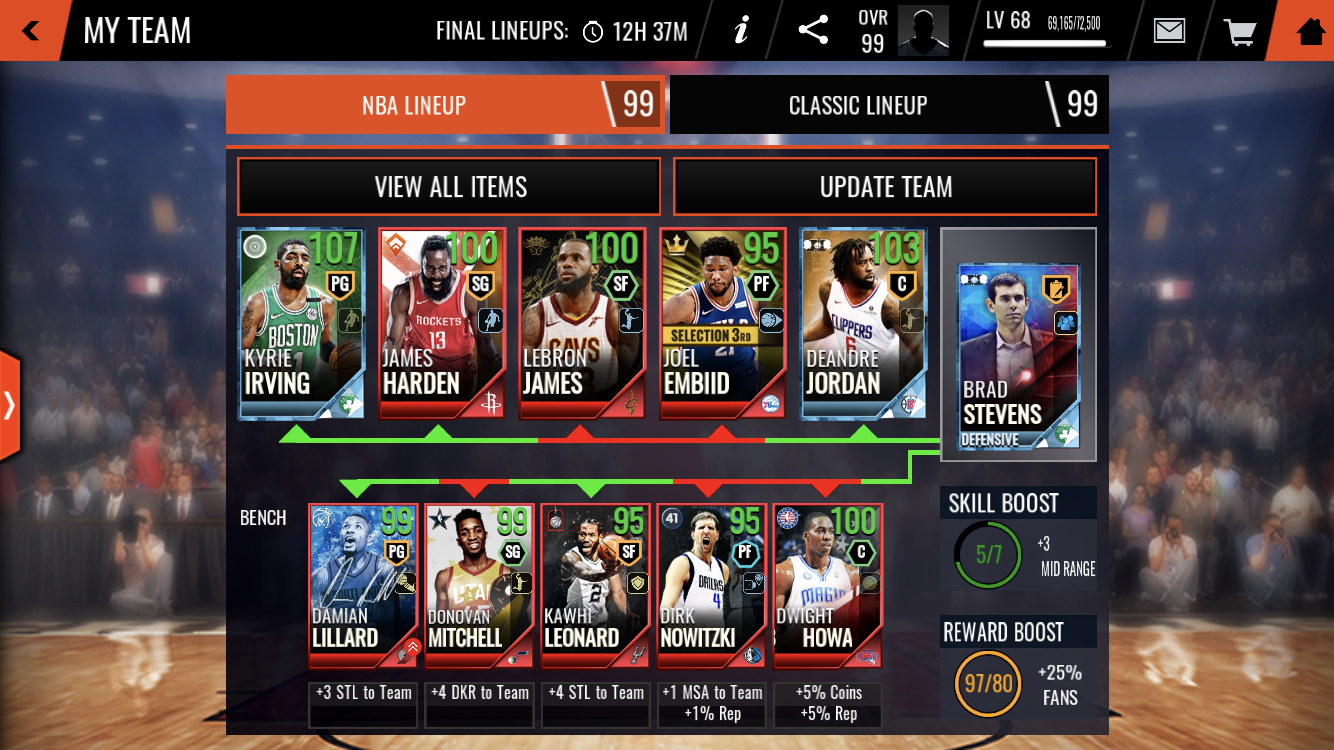 I could have finished as a 100 OVR on this account but I opted not to take Titan Lowry and Rewind Iverson through to S2.

Lowry was somewhat maligned as a Showdown Titan choice but I thought he played well. The reason I didn?t keep him is that Kyrie and Lillard were my two favourite pgs in the game all season long. I pulled Maze Master Irving from a Cornucopia pack when the live event dropped, which was my second best pull of the season. If he had remained rare I would have taken him through in my Legacy Lineup but he was extremely devalued by the end of the season and ultimately his card art lost out to superior gameplay. On the flip side, the devaluation of rare cards allowed me to pick up signature Lillard.

I didn?t see much point in replacing Harden or LeBron during the course of the season. I would have liked to have had FMVP Durant on one of my accounts but I had that card in S1 so I can live with it. Embiid...
Please login to view full content. Log in or register now.
M

It was an NBALM Asia exclusive.
B