I stopped playing as much on August 1st, deleting the app for a week or so. I came back to collect my free 90 OVR now and then packs. I've given up on this season, I expected a great summer courts promo like last year's, but what do we get? Uh huh, 100% PTW TOTW promo, followed by a below-average international promo, and another PTW Golden Ticket promo. I'm just looking forward to next season now, since there's pretty much no reason to play the game anymore.

My original NBA lineup was pretty mediocre, at 96 OVR (96 Rose - 100 DeRozan - 97 LeBron - 97 Gasol - 99 Embiid).
I decided that I might as well make a meme team, since there's literally no motivation for me to play this trash season anymore. 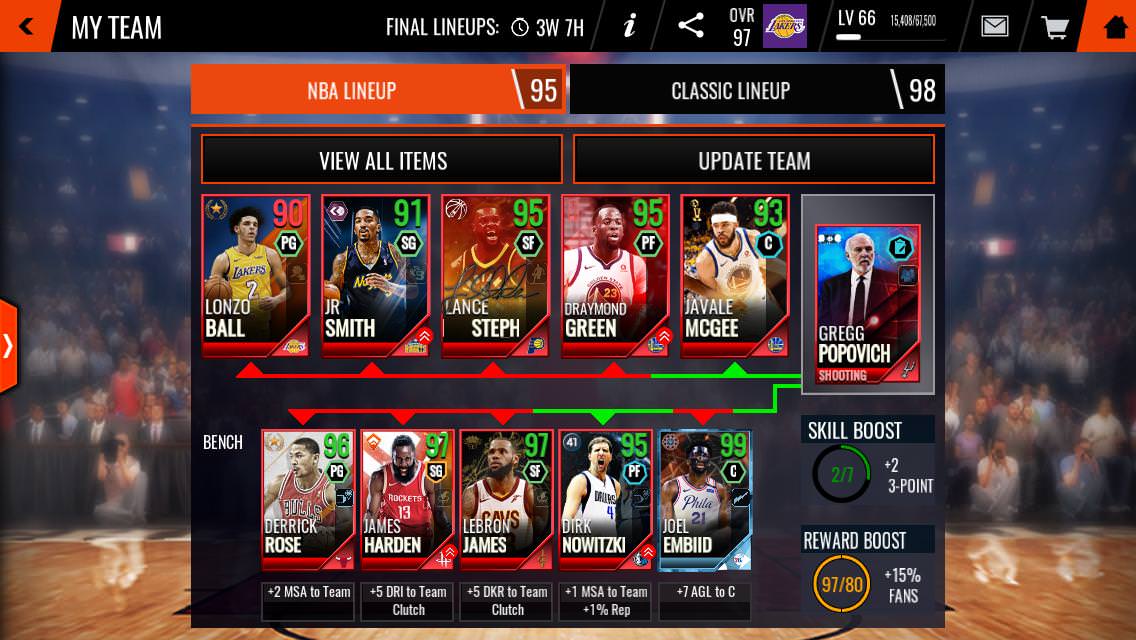 Starting Lineup:
PG: Lonzo Ball: If he's not a meme, I don't know what is. I'm still scouting the AH for a 97 Lonzo, can't seem to find any right now.
SG: JR Smith: Biggest meme of the year. I'm going to get the...
Please login to view full content. Log in or register now.
S