Re: DeMarcus Cousins agrees to deal with the Warriors

The NBA is done. You can't even say another team has a chance to win the title. They might as well kick the east out. This is the stupidest shit ever.

LMFAO...is that a big FU to the Lakers and LBJ?! Surely they would?ve given him more than the mid-level for a 1yr deal?!

Now THIS is big news.
S

I honestly don't think you can blame Cousins. The main reason he joined the Warriors wasn't because he wanted to get carried to a championship. It was because no team reached out to him. Not the Lakers, not even the Pelicans. Team front offices were probably hesitant in offering him a large sum of money because of his achilles injury, which was pretty severe especially for a big man. So, of course he felt disrespected and even hurt that his no one seemed too eager to sign him, but also his own team, the Pelicans, signed Randle first instead of him. He could've gotten paid a lot if he joined the Bulls or Hawks, but he didn't want to be a part of another rebuild like the Kings had. And so he probably decided that if the Lakers/Pelicans were just going to ask him to sign a non-max deal and take a pay cut, it would be best for him to try and win while taking a pay cut. And so the Warriors and Celtics were his targets. And the thing that made him pick Golden State wasn't the talent, it was the enthusiasm of the players and staff in wanting to play and be teammates with him. And this is where the Warriors separate themselves from the rest of the league, yes they are stacked, but more than that they don't treat players as assets or pieces that they'd trade away in a heartbeat for a better player. They look at players as people, and prioritize the team culture over winning. This is why no one has caught up to the Warriors even when other teams put together championship-level teams, none of them can replicate the joy in their culture, their celebration of the game of basketball that seem to attract great players time and time again.

But, yeah, the regular season is pointless now. Lol.

The Lakers should've offered Boogie a contract right after getting LeBron. What the heck was Magic waiting for?

Also there's a 0% chance Boogie stays in GSW next year, they have no cap space, and he still wants a max contract next season. He;s just out to prove that he's worth the max this year.

Stewie309 said:
Cousins actually reached out to them first sure he didn't get an offer yet but he did it for a title because this injury could have long term effects so he'll take the free title while trying to rehab his image of the great player he has been in his career the Warriors can win with Zaza as their starting C so they'll be perfectly fine with Cousins in whatever form he is in while he regains his confidence
Click to expand...

I tried to summarize everything I think about this in a long write-up, but went with memes instead. 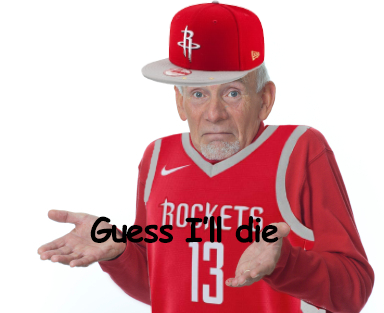 Alekk said:
I tried to summarize everything I think about this in a long write-up, but went with memes instead.