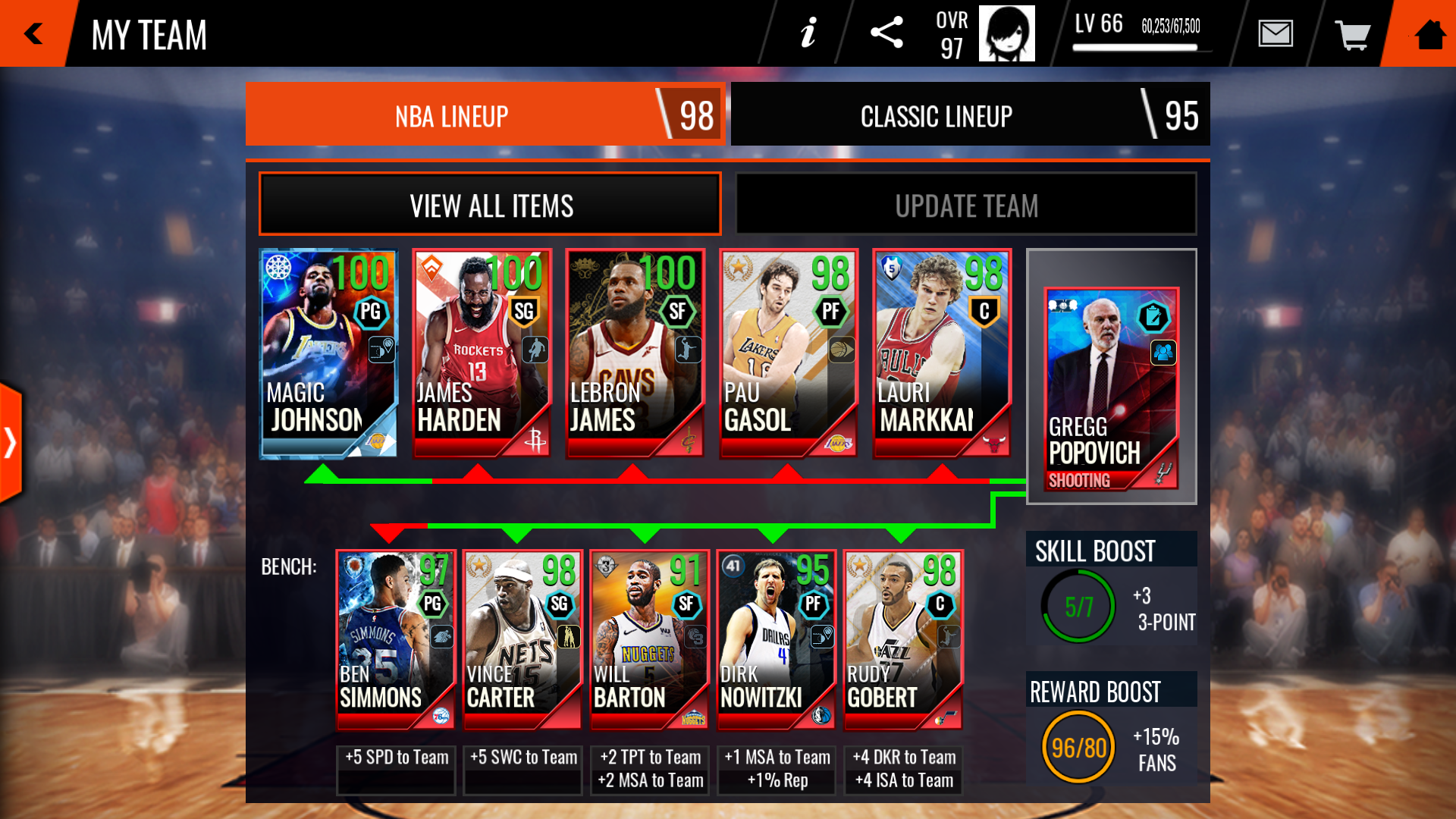 Starting lineup:
99 Magic Johnson (Match-up Nightmare) - it's in the name, what a godly card with card art to match. I'm also broke now cause of it.
96 James Harden (NBALM Master, maxed) - my favorite player in the league, best total stat/OVR ratio and a clutch. Unless there's a better Harden card that comes out later, I'm keeping this for the entire season.
95 LeBron James (Royalty, maxed) - like the Harden card, it's also a symbol that you've grinded the game.
92 Pau Gasol (Ultimate Legend, maxed) - all-around beastly stats with a +5 boost.
92 Lauri Markkanen - perfect center, just look at these stats

Bench:
91 Ben Simmons (King of Ice, maxed) - had him for a very long time but already gotten bored of playing with and against the same cards every time.
92 Vince Carter (Ultimate...
Please login to view full content. Log in or register now.
S

I bet that Magic is beast nice franchise man


"""SAVAGE21_NBA said:
very good lineups alekk and for how much you spend on 99 magic
Click to expand...

Got him through the sets, I started with only 4 mil and after sniping/selling my bench I'd say he cost me about 12 mil to build.

He is a beast on manual. Too bad I won't know what his AI is like cause he's too rare.

You're bench is better than my lineup.

alekk ! 100 dollars on this game really

Heck no. I had 8k saved up from achievements / daily objectives / "Make it rain" live events / watching ads.
S

Heck no. I had 8k saved up from achievements / daily objectives / "Make it rain" live events / watching ads.
Click to expand...

Staff member
Community Chief
Your PGs are sick especially that LeBron I was hoping KD wouldn't be a SF or at least similar to Magic where you can trade it in for a different card with the possibility of it being in any position but those were long shots
You must log in or register to reply here.
Share:
Facebook Reddit Email Share Link